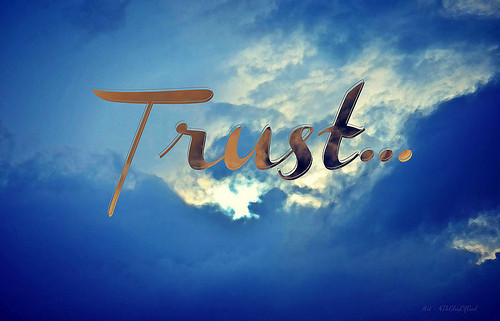 The original purpose of Google, the world’s most intrusive search engine, was to assemble all of human knowledge and make it accessible to everybody – for profit.

Recently, a research paper by Google staff used a database grandly dubbed the “Knowledge Vault” as the basis for a claim that “we were … able to reliably predict the trustworthiness of 119 million web pages and 5.6 million websites.”

Yeah, right. Google has proven so unreliable that I, for one, no longer trust it. Here are just some of the reasons why.
Let’s go back to the beginning of Google. The word itself is actually an error. The word the infant geeks who founded Google were looking for was “Googol,” the mathematicians’ term for a 1 followed by 100 zeroes – a very large number. And have they corrected their mistake? No.
Google execs like to claim the corporation was founded in a garage. No, it wasn’t. The truth is, it was founded in a swank suburban villa on a leafy street. There was a garage attached, and the geeks set up a couple of old computers in there and typically spent one day a month there so that they could later claim Google was just another trad Silicon-valley start-up.

When Google isn’t coloring its own facts, where does it get them from? One place, according to the corporation is – of all things – Wikipedia, the world’s least trustworthy database, known among scholars as “the encyclopedia that any idiot can edit but only a cretin would credit.”

A growing number of universities actively forbid students to use or cite Wikipedia, which – especially on Marxist shibboleths such as climate change – takes a relentlessly one-sided, dirigiste stance. If the “facts” in Google’s “Knowledge Vault” come from Wikipedia, and if Google does decide that in future it will rank websites by their “truthfulness” rather than by how many hits it gets, then we shall all have to stop using Google.

On Oct. 14, 2009, I gave an address to the Minnesota Free Market Institute. Some 1,200 people packed the lecture-theater in St Paul. There, I explained that in December the U.N. was planning to bludgeon the world’s governing class into setting up the U.N. as a world “government,” using the climate as a pretext.

I cited chapter and verse – Articles 36 and 38 of Annex 1, to be precise – of the draft Treaty of Copenhagen, due to be signed that December in Denmark by 194 nations. And I explained that any such treaty, together with its inevitable series of successor treaties, would spell the end of democracy, worldwide, just as the various European treaties have already destroyed democracy in the very continent that gave it its birth and its name.

Someone filmed the last four minutes of my speech and posted it up on YouTube. The video went viral overnight. Within a week, a million had seen it – perhaps the fastest YouTube platinum for any political speech. Within a fortnight, make that 2.5 million.

Then I got a phone-call from Texas A&M University. A professor there told me I’d been the victim of an interesting attack. He said some two dozen bogus Internet pages had been created, containing gibberish. But in the middle of the gibberish were the words “Monckton video.”

Now, Google will claim that at present its search engine ranks websites in accordance with their popularity. Well, according to the prof at A&M, the grubby secret is that it will advance your pages in the rankings provided that you pay it to do so. And someone had paid it a lot of money to advance a couple dozen pages of gibberish ahead of the video of my Minnesota peroration, so that people searching for “Monckton video” would get screenful after screenful of nonsense and give up.

It worked. The hit count – which the prof said was headed for 20 million – stopped at 2.5 million.
How much did that cost? The prof said the absolute minimum was $250,000. Someone wealthy had been very determined indeed to prevent widespread knowledge of the U.N.’s true intentions, which – as the co-chairman of its Working Group III said in a revealing article in the Neue Zürcher Zeitungon 14 November 2010 – has absolutely nothing to do with the climate and everything to do with redistributing wealth via a global governing authority.

Trouble is, the easiest way to make money these days is not by free enterprise, but by crony “capitalism” – i.e., getting rich at taxpayers’ expense by cozying up to the governing class.

Very nearly all of the corporate political donations from Google and from its individual execs go to the “Democrats.” So how can one place any reliance on Google’s selection of “facts” in its grandiose “Knowledge Vault”?

A couple of examples. Fox News, in its coverage of the Google paper, said this: “The Google researchers give, as an example, websites that say President Obama was born in Kenya; such sites would be penalized in Google rankings, whereas sites that correctly say he was born in the U.S. would be given a boost in rankings.”

Here’s a test. Read my sworn statement, written after months of research at the request of a firm of lawyers in Hawaii. After reading it, how confident can you be that Mr. Obama’s “birth certificate” from Hawaii is genuine? And, if there is a statable case that it is not genuine, how do we know where Mr. Obama was born?

Yet that is the example of a “fact” that the Google researchers chose to give.
Google has also intervened – interfered would be a better word – in the climate debate. Its crony capitalists go along with the climate-communist party line almost unanimously. How many of its vaunted “2.8 billion facts” mention that there has been no global warming for up to 18 years, and none statistically distinguishable from zero for more than 26 years? Or that in September last year the global extent of sea ice was at its greatest in the 35-year satellite record?

I don’t trust Google. Nor should you. The time is coming when active measures are going to have to be taken to ensure that anyone – however wealthy or powerful – who abuses a dominant market position to peddle uncorrected falsehoods as though they were truth should be prosecuted for it. If there is a choice between the formal process of examining and cross-examining evidence and the frankly Marxist beliefs in the Google execs’ playpen, give me the courts any day.

The End Times According to Islam