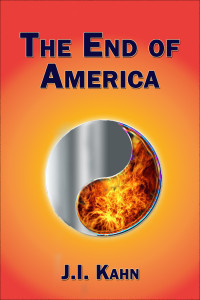 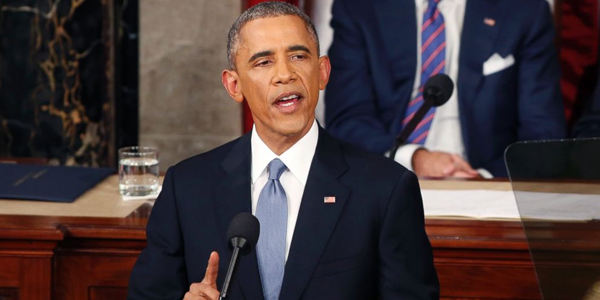 President Obama’s state of the union address was loaded with sweet delights meant to bedazzle America’s long-suffering middle class as he signaled economic prosperity for all is waiting just around the corner.

But the author of a New York Times-best-selling book about America’s future in a post-Christian society was not impressed.

He sees dark storm clouds closing in on Obama’s rays of sunshine, citing “harbingers” that the country is sliding headlong toward a collapse – with blindfolds securely fastened.

“Listening to the president’s State of the Union address, I was reminded of ancient Israel,” said Jonathan Cahn, author of “The Mystery of the Shemitah” and “The Harbinger,” which draws parallels between America’s falling away from God and a series of judgments that will come as a result. 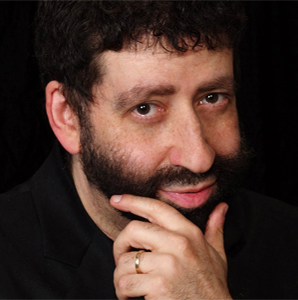 “The people (of Israel) convinced themselves that they were coming back stronger than before,” Cahn told WND. “And then it all collapsed, and the judgment came.”

The Shemitah comes once every seven years. In biblical Israel it brought a canceling of debts, a resting of the land from sowing and reaping, and a resetting of financial accounts. The seven-year Shemitah cycle was meant as a blessing as long as the Israelites followed God and observed his ways, but it could manifest as judgment if the nation turned to its own devices and removed God from its culture and legal system.

Notably missing from Obama’s speech was any mention of radical Islam or Islamic terrorism, even as the issue has taken center stage in the wake of the Charlie Hebdo attacks in France and subsequent arrests of militants in France, Belgium and Germany.

Check out all of Jonathan Cahn’s ground-breaking teachings for modern-day America including “The Mystery of the Shemitah” and “The Harbinger,” as well as WND’s documentary “The Isaiah 9:10 Judgment.”

Taking a back seat to China?

Cahn speaks of the American age that began in 1871 when the U.S. surpassed Britain to become the strongest economic power on earth.

“I’ve warned in ‘The Harbinger’ and as I’ve spoken across the country that if this nation doesn’t return to God, its crown as head of nations will be removed,” he said.

Two weeks into the Shemitah year, which began in Sept. 25, 2014, Cahn said the first sign of America’s removal as the pinnacle of economic power was already apparent to those who were paying attention.

The American age that began more than 140 years ago, quietly came to an end.

According to a report by the International Monetary Fund, China’s economy had for the first time surpassed that of the United States and now claims the distinction of being the world’s largest economy, according to an October report by Business Insider.

“America’s crown as the strongest economic power on earth was removed. It passed to China,” Cahn said. “The word Shemitah can mean ‘the fall.’ That alone would constitute one of the greatest falls in modern history – the end of the American age.”

The IMF measures both GDP in market-exchange terms and in terms of purchasing power, reported Business Insider.

As the year of the Shemitah grinds toward its climax on Sept. 13, 2015, Cahn is also watching the Supreme Court.

“The harbingers have continued to manifest and America’s apostasy from God has only accelerated. In April of this year, in the midst of the Shemitah, the Supreme Court will hear a case that will likely end marriage as we know it,” Cahn said. “The verdict will be released in June. That will mark a critical point in America’s fall from God.”

Another one of the harbingers is that of the terrorist has resurfaced in the form of ISIS, he said.

“The judgment and destruction of Israel was carried out by the Assyrians, the fathers of terrorism,” Cahn said. “The emergence of ISIS and its conflict with America is ominous.”

As for the economy, destabilization in the currency markets and disruptive oil markets are creating a springboard for turbulent times ahead.

Whether America’s economic judgment comes with a sudden, painful jolt or as a slow, grinding down until it becomes subservient to other nations, remains to be seen.  But either way, the messianic Jewish rabbi from New Jersey believes America will be knocked off its perch atop the world order, especially economically, if widespread repentance does not occur.

“There’s an eerie kind of unease,” he said. “The stock market has been hit by strange waves of volatility and violent swings. And it actually began the very first week of the Shemitah.

“I believe we’re watching a house of cards. It could implode at any time.”

For sure, Cahn is not the only one one who sees hard times ahead for America.

One is the falling price of crude oil and its corrosive effect on Russia’s economy. The other is Switzerland deciding last week to decouple the Swiss franc from the Euro, resulting in billions of dollars in losses for large banks and currency traders.

The oil price shock started out with most economists predicting a short-term “blip” that would quickly reverse course, only to see prices further plummet with no end in sight.

That is driving economic indicators and propelling economies in directions not previously forecast.

Russia, for instance, is under extreme pressure, as is Iran and Venezuela. Saudi Arabia stands to gain market share at the expense of Russia and the burgeoning U.S. shale-oil industry.

The United States meanwhile continues to chug along with low interest rates and what some analysts see as a bloated stock market ripe for a fall.

Michael Snyder, who writes the Economic Collapse blog, put it this way in a recent article:

“As I have written about previously, we are moving into a time of greatly increased financial volatility. And when we start to see tremendous ups and downs in the financial world, that is a sign that a great crash is coming. We witnessed this prior to the financial crisis of 2008, and now we are watching it happen again.

“And this is not just happening in the United States.”

Chinese shares plunged about 8 percent Monday after the country’s securities regulator imposed margin trading curbs on several major brokerages, a sign that authorities are trying to rein in the market’s big gains, Snyder reported. It was China’s largest drop in six years.

“Sadly, most Americans have absolutely no idea what is coming.
They just trust that Barack Obama, Congress and the ‘experts’ at the Federal Reserve have it all figured out.

“So when the next great financial crisis does arrive, most people are going to be absolutely blindsided by it, even though anyone that is willing to look at the facts honestly should be able to see it steamrolling directly toward us.”

Snyder concluded that the relative stability experienced over the past couple of years is about to come to an unexpected halt.

“I hope that you are getting ready for what comes next,” Snyder told his readers.

Snyder posted another article in which he postulates that the price of copper, which recently hit five-year lows, is a leading indicator for a stock market crash.

China is the world’s biggest buyer of copper and it has cut back drastically on its consumption as its economy has slowed. This could push back a Fed rate hike and impact the U.S. economy, CNBC reported on Jan. 15.

An unexplainable, lightning-swift fall in the price of crude oil over the past month has left Texas and other oil-producing states, which had been among the few growth spots and success stories in the U.S. economy in recent years, poised for a dramatic shift in fortunes. Hundreds of layoffs could soon be in the offing and in fact have already started, according to an article in the Washington Times.

Henry Resources President Danny Campbell says the company will cut activity by up to 40 percent.

“We’re not cutting back in one area, we’re cutting across the board,” he told the Midland Reporter-Telegram, adding that no one had expected prices to fall so low and so quickly.