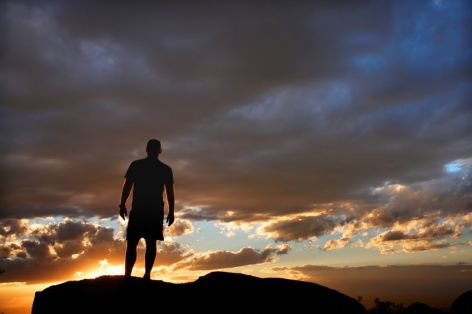 Doomsday prophets always talk about the “end of the world.” What does the Bible really say about end-time prophecy? And why is God’s message called good news?

Pick a year—any year—and probably somebody somewhere has predicted it for the “end of the world.”

There is a whole field of biblical study known technically as eschatology—the study of “last” things, of prophecies of the “end time” and beyond. But not everyone who studies end-time Bible prophecy sets specific dates or walks around shouting or talking to themselves.

And surprising to some, the “end of the world” is actually good news!

Some of those predicting the “end of the world” base their terminology on the old King James Version’s translation of verses like Matthew 24:3, where the disciples asked Jesus Christ, “Tell us, when shall these things be? and what shall be the sign of thy coming, and of the end of the world?”

The word translated end here is from the Greek sunteleia, “a bringing to completion together” (Vine’s Complete Expository Dictionary of Old and New Testament Words, 1985, “end, ending”). Vine’s goes on to say that “end of the world” is misleading; that “consummation of the age” is more like it. “The word does not denote a termination, but the heading up of events to the appointed climax.”

Jesus Christ laid it out in bad-news, good-news fashion: “For then there will be great tribulation, such as has not been since the beginning of the world until this time, no, nor ever shall be. And unless those days were shortened, no flesh would be saved; but for the elect’s sake those days will be shortened” (Matthew 24:21-22).

The worst time in human history is pretty bad news. But Christ will intervene to prevent the total destruction of the human race. And from then on it’s very good news! More about the good news in a minute.

The New King James Version and many other modern versions clear up Matthew 24:3. The disciples were asking about the “end of the age.” The Greek word aion means “an age, a period of time.” Like the Bronze Age, the Iron Age, the Middle Ages or even the golden age of television—all are part of the age of human misrule of the earth. The apostle Paul called it “this present evil age” (Galatians 1:4).

Why is it good news?

Jesus Christ’s message was the “gospel of the kingdom of God” (Mark 1:14). Gospel means good news. So how does the “end of the world” or even the “consummation of the age” fit into good news?

The Bible puts things in perspective. This evil age of misery and suffering will be replaced by a wonderful world ruled by our perfect Savior—the Kingdom of God.

Acts 3:19 calls the coming age the “times of refreshing”! Who could deny that this world is in desperate need of refreshing? Many inspiring biblical passages describe this coming age of utopia.

The analogy of labor pains and birth

Another analogy the Bible gives to describe the completion of man’s age and the beginning of God’s age is the analogy of pregnancy culminating in birth. The end-time world experiences labor pains (the word sorrows means “birth pangs” in Matthew 24:8) while eagerly awaiting the birth of a new age—the Kingdom of God.

“For we know that the whole creation groans and labors with birth pangs together until now” (Romans 8:22).

Hopefully, looking at these scriptures and at the world today has convinced you that the end of this age and Jesus Christ’s second coming to set up the Kingdom of God is the best news this world can hear. So now maybe you, too, want to know, “When?”

Jesus Christ did lay out the major trends and the prophetic framework. He tells us to “watch therefore, and pray always” and to discern the “signs of the times” (Luke 21:36; Matthew 16:3). But can we know exactly when?

“But of that day and hour no one knows, not even the angels of heaven, but My Father only” (Matthew 24:36).

We must be about the work of spreading the good news and living more and more by the perfect laws of the Kingdom of God. Then, even though we don’t know exactly when the end will come, we will be ready.

The good news is, it’s not really the end. It’s the beginning of a much better world! Be sure to read the articles on this website to learn more about the Kingdom of God and how you may enter it.