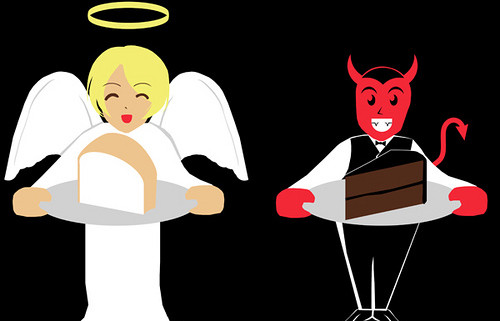 If “allah” sent BOTH Muhammad and Jesus Christ as prophets, as orthodox Muslims believe, one would – or could – assume that their life principles and messages would be in agreement.

However, not only is this NOT the case, but their principles and messages are contradictory.

Most modern Muslims (at least those in the West) don’t really know what the Quran says in entirety. [Once again, this is impossible to know, in terms of organic progression, due to its illogical organization.] There is NO systematic purpose in its literary sense.

Micah 5:2 gives, written about 700 years before Christ, gives the name of the town where Messiah would be born.

Jesus fulfilled 33 prophecies on the day He died.

John the Baptist, who preached in the spirit and power of Elijah, prepared the way for the coming of Messiah, and this was prophesied in Isaiah 49 and Malachi 4.

NOTE: Some Muslims try to claim that when Jesus mentioned the coming of the Comforter He was referring to Muhammad. This is foolish, because in John 14:26, Jesus make it clear that the Comforter was the Holy Spirit; and, Muhammad never claimed to be the Holy Spirit. His life was definitely NOT like a peaceful dove!

Jesus Christ lived a sinless life [2 Corinthians 5:21]; even His enemies could not charge him with anything without manufacturing lies.

Of the thousands of validated and historically trusted manuscripts, none mention Jesus committing sin.
However, Muhammad said that “allah” commanded him: “Say I am but a man like yourselves.” [Sura 18:110] The Quran never says anywhere the Muhammad is sinless.

Sura 48:1-2 mentions “allah” referring to Muhammad’s past and future sins and his need for forgiveness. If Muhammad was sinless, then “allah” was a deceived!

Jesus did many real MIRACLES. Muhammad did none!

Jesus healed the sick, cast out demons, raised the dead, commanded the wind and sea.

The Quran in many places mentions that Muhammad NEVER performed a miracle. One such reference is Sura 17:91-95. Muhammad could only point to his so called “revelations” which are titled “Suras.” There are at least 20 passages in th Quran that tell when Muhammad was asked by people to perform a miracle he either remained silent or said he didn’t want to because he was a human being like any other …” He said he just wanted to be a bringer of good news and a warner.

Muhammad was only a man.

Both Jesus’ life and the scriptures reveal to man that “God so loved the world, that He gave His only begotten Son, that whoever believes in Him should not perish but have eternal life.” [John 3:16]

Jesus lived a moral life. No man could honestly accuse him of sin. He loved sinful people so much that He was willing to die for them. He never killed, robbed, or taught people to do such things. He even taught people to go the “second mile” with those who tried to take advantage of them. He never forced people to turn to God. He showed them the way by both example and precept. He taught that physical violence was NOT part of His Kingdom.

Jesus taught against adultery, fornication, and sex outside of marriage. Muhammad did just the opposite.
Muhammad married an eight year old girl who was still playing with her dolls. He also took away the wife of his adopted son, Zaid. [Sura 33:36-38]

Jesus willingly died for the sins of all mankind of all ages and specifically fulfilled prophecies in the Bible while doing so. Neither did He take anyone’s life [kill them] when he died for us. Jesus was raised from the dead on the third day and was seen by many witnesses.

Muhammad did not die for anyone; neither was he resurrected. Jesus is alive. Muhammad is dead!
The disciples personally witnessed Jesus ascend from earth to go back to the Father in Heaven. Jesus is in Heaven where He makes intercession for us with the Father. The Quran never says Muhammad ascended. The Quran teaches there is NO intercessor or savior. [Sura 6:51, 70; 10:3]

Jesus was worshiped by His followers, and still is today. Many scriptures teach that Jesus is God and the Messiah. He never denied this. Even after Jesus was raised from the dead, Thomas worshiped Him.

“And Thomas answered and said unto him, ‘My Lord and my God.’ Jesus said unto him, ‘Thomas, because you have seen me, you have believed: blessed are they that have not seen, and yet have believed’.” [John 20:28-29]
When a person is born again he has a personal relationship with Jesus as a result of the Holy Spirit living inside them.

Muslims acknowledge that Muhammad should NOT be worshiped because he was only a man. The Quran does NOT speak of worship of Muhammad as it would be blasphemy. Muslims do NOT talk about Muhammad’s love for them. He is dead.

The return of Christ to earth is sure, whereas neither Muhammad nor the Quran ever mention Muhammad returning. He is dead!

Fabrications by Moslems to make the life of Muhammad similar to Jesus’ life.

Moslem scholars, in later years, have attempted to historically reconstruct the life of Muhammad so it would appear comparable to the life of Jesus. As Muslims began to debate Christian scholars they realized that Muhammad was far inferior to Jesus and could NOT be even closely compared to Jesus. When Muhammad’s boring life was compared to the supernatural miracle works of Christ Muslim apologists needed to “invent” material to make him look better.

Alfred Guillayme, in his book The Traditions of Islam (Clarendon Press, London, 1924, p.133) says, “Muslim theologians … borrowed also events from the life of Jesus, attributing them to their [so called] prophet.” [Brackets added by Prince Handley.] They added a supernatural element to Muhammad’s birth, tell of him performing miracles, claim sinless perfection, and that he ascended into heaven. However, the Quran does NOT mentions such things … neither do early Muslim legends.
— http://www.uofe.org/011-6_B3K5.html