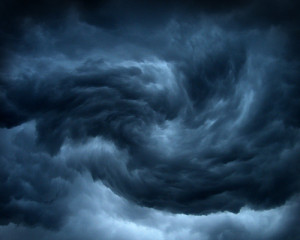 Can men of the cloth square the circle of exerting themselves to attack Jews while having no time for Christendom exploding on their doorstep?

Christian people are not like Muslims. They have no tradition of putting themselves out for co-religionists. Under attack they’ll remember to pray for them, perhaps; but picket embassies, occupy piazzas, marshal the media into battle, take the UN by storm – never.

Christendom right now is in dire straits. What would Paul the Apostle have done with some 100 million followers under existential threat? Has there been a time like the present when every hour another Christian is martyred?  The way the church was afflicted under the Romans pales by comparison. Even under Muslims in medieval times the burning and slaying and pillaging to near extinction is dwarfed by the scale of what’s happening now.

Historian Tom Holland reckons we’re witnessing the total extinction of Christendom in the Middle East. He might also have warned about the sub-continent, after Pakistan’s worst-ever attack blasted 85 church-goers to kingdom come.

What have Christians done about it? Pakistan did erupt in country-wide protests; but elsewhere their hallmark behavior has been passivity. “Everyone is ignoring the growing danger to Christians in Muslim countries,” bewailed Mano Rumalshah, the Bishop of Peshawar. “European countries don’t give a damn about us.”

Not quite. The Archbishop of Canterbury gives a damn. Though his words may have brought cold comfort to the bereaved and afflicted, they will at least take us where we need to go. So here’s what Justin Welby, head of the Church of England had to say after seeing the “mass graves” of latter day martyrs. “I have no illusions about this. But historically the right response of Christians to persecution and attack is — it’s the hardest thing we can ever say to people, but Jesus tells us to love our enemies. It’s the hardest thing when you’re violently attacked. It’s an indescribable challenge. But God gives grace so often for that – to love our enemies.”

Hold onto Welby, the consoler of Christians drowning in blood, while we revert to people of another faith. When last did a Jew kill a person for being a Christian? When last in the Holy Land did Jews burn down a church? When last was a Christian converted to Judaism under pain of death? Yet where do churchmen aim their diatribes?

The Rev David Kim, head of the World Evangelical Alliance, takes aim at the ‘impossible people.’ ”How to Deal with the Impossible People – A Biblical Perspective,” was the title of his paper at a conference in Bethlehem. Ha – he means Muslims rooting up two thousand years of Christianity, you’d be given to think. Think again. A banner in the hall made his reference as clear as daylight. It had a church and a cross imposed over a menacing-looking part of Israel’s anti-terror barrier. Kim’s paper was about how to deal with Jews. And that is odd because, in one unbelievably thin strip of land in a vast Christian graveyard, Christianity has prospered and burgeoned.

In 1949, Israel had 34,000 citizens of that faith. Today they number 168,000. In this awkward Christian haven, freedom to practice religion is guaranteed, along with access to holy sites. And nothing draws more visitors to Israel than Holyland tourism. Tiberius and Nazareth and Jerusalem practically live off pilgrim excursions. Under the ‘impossible people,’ Christianity is alive and well.

Oh men of the cloth; with all that God-endowed grace for loving your murderous enemy, have you no leftovers of love for your friend? Is it all spent on your Muslim persecutors? Only heed your imperilled flock in ‘Palestine’ and route some love to your benefactor, Israel.

Will the church heed its flock in Palestine? Out of Gaza and Ramallah come leaks and whispers, hole-in-the wall fear-ridden testimonies, tearful stories told behind locked doors. Who knows the totality of fear, cruelty, confiscation, assault, homicide perpetrated on reclusive Christian pockets? Who cares to know? When did the media run a story on the torments of Gaza’s few remaining Christian souls; or on Bethlehem’s decimated long-time majority of Christian Arabs? When will men of the cloth sound the alarm?

With all his abundant love for the persecutors of his faith, Nobel Peace laureate Desmond Tutu has nothing to give the ‘impossible people’, just hatred. Tutu indeed finds them more than impossible. “The Jews think they have a monopoly of God. Jesus was angry that they could shut out other human beings.” Like Welby’s, here’s another statement to hold onto.

Meanwhile the Palestinian Arabs of Gaza, people on whom the cleric showers love, have made half of Tutu’s flock flee. Decorations for Christmas are banned and public crucifixes forbidden. Hamas made the few remaining Christians in Gaza open season. Rami Ayad was one of the victims. Owner of Gaza’s only Christian bookstore, he was murdered and his shop burnt to ashes.

“We pray for all those Palestinians whose homes have been demolished and those who have been driven away. For Palestinians who suffer because of the separation wall and settlements and for those who have lost their jobs and suffer from poverty, hunger and thirst, we pray to you, O God.” Here’s a psalm to bring that loving spirit enjoined by Welby into the hearts of the flock. The words are part of a liturgy composed by the World Council of Churches. The authors were Anglican, Evangelical Lutheran and Catholic, and they were helped by the ‘World Day of Prayer Committee in Palestine,’ headed by Kairos. Kairos was the body that lobbied church synods to declare the ‘occupying’ Jews a “sinful” people.

All roads lead to Bethlehem for Pro-Palestinian clerics. They come not to defend their faith but to promote another Muslim state that would lose no time uprooting it. Defend Christians or attack Jews: for Christian clerics it was a no-brainer. Can men of the cloth, even pooling their faith, justify the perversity? Can they square the circle of exerting themselves to attack Jews while having no time for Christendom exploding on their doorstep? Yes they can; by leaning back to a St Augustine doctrine and forward to a modern pair.

Put together, the two modern doctrines do not measure up to St Augustine’s one. Actually they’re more blind faith than doctrine, which is not to say they’re treated less reverently than the Gospels. One doctrine is called Human Rights and the second goes by a trendy catch-all name, ‘Multiculturalism’.

The human rights doctrine is enshrined in the Kairos Document. It relies on the bible to make the political views and world vision of the authors sacred. The approach is to convert Christianity into a very human ideology. At Bethlehem’s ‘Christ at the Checkpoint Conference,’ the ‘priesthood’ of human rights deliberated what Jesus would do and say if he had to walk through an Israeli checkpoint daily. Delegates wanted to know how the Son of God would cope with the anger and bitterness that Palestinian Arabs felt. So said Munther Isaac, the Academic Dean at Bethlehem Bible College. Hark back to the liturgy and see how it resonates with the idea of God the human rights activist: “We pray for all those Palestinians…”

An Easter sermon colored human rights with even bolder biblical hues. “It seems that Jesus is on the cross again with thousands of crucified Palestinians around him. The Israeli government crucifixion system is operating daily”. Naim Ateek, an Arab cleric, thus weaves the Gospel narrative into pro-Palestinian ideology. In contrast, the United Church of Christ (UCC) takes a modern line, perhaps embarrassed by biblical references to Jews in a land they were supposed to have stolen from the natives in the 20th Century. Brashly political, the UCC cooks up a hostile omelet of Israelis as foreign colonizers and Apartheid addicts.

Apparently, then, selective outrage for Palestinians living under Jews, though far better off than Palestinian Arabs rotting or dying under Muslims, is one way to get to heaven. Curse just Israel and Grace will come to you.

What of secular “multiculturalism?” Here the rulebook is short and strict: pay homage to Islamophobia. Paying homage to the “I” word comes down to being ultra careful not to offend Muslim sensitivity. Adherents of Islam burn, behead and crucify Christians to near extinction, and the Pope utters hardly a peep. Britain’s National Union of Students (NUS), no religious body, may as well have spoken for organized religion when it refused to condemn Islamic State (IS). This would be Islamophobic, said student leaders. But credit where credit is due: NUS leaders did not go so far as to call for mutual understanding of head-chopping Islamists. Even for a trendy value this would be a bridge too far.

The rule not to give offence, though strict, is not consistent. Towards people of another faith the rule is ultra lax. If Muslims are off limits and sacrosanct, you’re allowed to say what you like about Jews, provided you call them Israelis, or better, Zionists. Groups that tiptoe around Muslims, have no qualms condemning Jews.  The student body that wouldn’t condemn IS, agreed to boycott Israel. Judaeophobia, then, does not rank with Islamophobia in the higher scheme of things.

So much for new doctrines that ask Christians to love enemies and hate friends. A much older doctrine may deserve real consideration. For all we know it may even be true.

St Augustine’s terms: Get the hell out of Palestine! You rejected the God Messiah so the Church took your place as the Chosen People. Return to being the witness wanderers God meant you to be.

Augustine in the 4th century made the exile of the Jews a matter of theological proof. Long after him, Pope Pious X, at an audience with Theodore Herzl in 1904, said: “The Jews, who should have been the first to acknowledge Jesus Christ, have not done so to this day. And so if you come to Palestine and settle your people there, we will be ready with churches and priests to baptize all of you.”

A Jesuit journal at the time explained that the Jewish people “must always live dispersed and vagrant among the other nations so that they may render witness to Christ by their very existence.” Hence the Vatican’s refusal to recognize the new Israel in 1948 was not pro-Arab bias, but a matter of dogma.

The likes of the World Council of Churches, the Presbyterians of America, the Greek and Russian Orthodox Churches, and many Christian leaders and icons, think in St Augustine’s terms: Get the hell out of Palestine! You rejected the God Messiah so the Church took your place as the Chosen People. Return to being the witness wanderers God meant you to be.

In parallel, Israel’s rise from Holocaust ashes troubles secular anti-Zionists. For them the problem is not religious but perceptual. The Anti-Zionist cannot come to terms with the military Jew. Since when was that people meant to be stronger than its persecutors? The stereotype of the Jew of old – that bearded bookish stateless wanderer – could never have evolved into a mean machine. What  vinegary thoughts anti-Zionists turn on Israel, what sourball gaze at the juggernaut Jew. Get the hell out! Go back to your natural born fate.

With biblical fire churchmen look to punish the unchosen people. ‘Your destiny was never to make the desert bloom; to build a Tel Aviv of Manhattan skyscrapers; to win Nobel Prizes by the wheelbarrow full; to boast a bustling high-tech economy with a currency stronger than Europe’s.’

The pores of Israel-hating Christians leak not envy but error – the faith-losing error of dogma. Hence the dogmatic angst and bluster towards friendly Israel: the spoilage of the plot, the shattering of the icon.