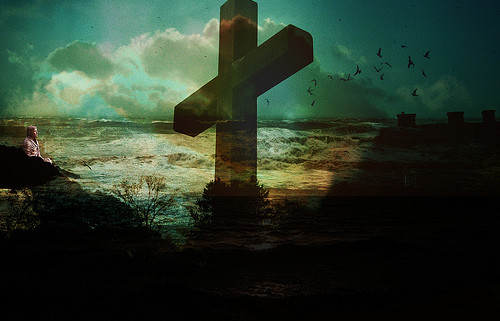 The mainstream media lie of lone wolves and workplace violence is increasingly being exposed as a multi-state, multi-regional movement by Islamic terrorists to destroy the Judeo-Christian values of Western civilization. The terrorist attacks in France last month on a magazine office and a Jewish market, once again awakened the world to the ever-growing threat of radical Islam and global, genocidal anti-Semitism. The time for the Christian faith to stand against such insidious hatred is long overdue.

Coming in October of this tragic year, the Catholic Church will mark the 50th anniversary of Nostra Aetate. The principles and points of this historic and unprecedented declaration against anti-Semitism should not only be celebrated but spread throughout the Christian world.

Nostra Aetate (Latin for: “In our time”) is a formal document of the Catholic Church drafted in 1965 that declares the relation of the Church with non-Christian religions. In part, it speaks of the bond between Christians and Jews and states that blame for Jesus’ death cannot be laid upon the Jews. The declaration also decries all displays and acts of anti-Semitism. With great humility, Nostra Aetate signaled a new starting point in the Church’s relations with Judaism.

Today, the remarkable story of the declaration of Nostra Aetate is known by far too few Christians and Jews. In one history-making document, the Catholic Church not only acknowledged that the Jews were not responsible for the death of Jesus and eliminated the espousing of the deicide narrative, it also recognized that the Jewish covenant with God for the land of Israel had not been broken, and it stated that Christianity sprang from Jewish roots.

As anti-Semitism grows increasingly violent worldwide, the need to spread the message of Nostra Aetate is vital. The stark imbalance of media coverage of the four Jewish people murdered at the Paris grocery store for no reason other than that they were Jewish, illustrates a subtle but clear anti-Semitism in the world’s media. This is not to denigrate the killing of 12 other French citizens, but to expose the plight of the surviving 13 million Jewish people who face the recent explosion of a renewed global, genocidal anti-Semitism. The very reason for the loss of life in France can be laid at the feet of those who, like Hitler and Stalin, condemned any and all moral values, including the Ten Commandments, the Torah, and the Old and New Testaments.

In her film, “The Forgotten People: Christianity and the Holocaust,” producer Laurie Cardoza-Moore documents the growing hatred of Jews, the parallels between Nazism and radical Islam and why Christians must take a stand for justice and defend the people and nation of Israel.

As Nostra Aetate must be widely championed, an infamous document titled “The Protocols of the Learned Elders of Zion” must be thoroughly repudiated. For over 100 years, Holocaust deniers and Jew haters have propagated the lies espoused in this anti-Semitic hoax. “The Protocols” continues to be an enduring threat for Jews globally since its publication by Russia in 1903, its translation into multiple languages, and its international dissemination. The false libels contained in and spawned by it were the foundation of the Nazi extermination of six million Jews, and today, it can be found at the center of the Arab-Israeli conflict.

Many school textbooks throughout the Arab and Islamic world teach “The Protocols” as fact. The Palestinian terrorist group Hamas draws in part from it to justify terrorism against Israeli civilians. Even though many websites expose “The Protocols” as a fraud, that same Internet has made it easy to use this disinformation to spread hatred of the Jews. In the face of a global rise of anti-Semitism, we must continuously expose the lies that feed the hatred and seek to encourage crucial support for Israel and Jews among Christians.

As we are seeing in today’s headlines, those who seek to annihilate our Jewish brethren also seek to do the same to Christians. As the most insidious document of anti-Semitism in the world, Christians and people of conscience must roundly denounce the “The Protocols of the Elders of Zion.”

There is no longer any point in pretending that the horror and intensity of the violence and, yes, the hatred, will soon cease. “Nostra Aetate” is a vital step in the right direction to stem this age-old hatred. As God reminded the prophet Obadiah that judgment would come to the descendants of Edom in the last days for standing by when their brother Jacob (Israel) was in need, our Christian faith demands nothing less as well. Our faith, logic and preservation should motivate us to speak out.

Will America be involved in the final battle over Israel?
Scroll to top