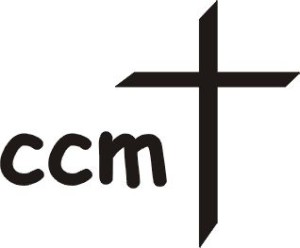 “This is why we work hard and continue to struggle, for our hope is in the living God, who is the Savior of all people and particularly of all believers” NKJV

Wasim’ s struggle continues:
“I was very discouraged knowing that at any time a Muslim could come to kill me. One evening around 9:00 PM I was sitting in a Church longing to return to my home. I was thinking this pain and suffering was too much for me. I just couldn’t take it anymore. Here I am alone, hungry, weak, tired and torn.

Suddenly I felt as if I am sleeping and my body becomes a little baby. There is someone dressed in a white robe holding me in His arms. He is caring for me and sustaining me like a mother holding her sick child. And the child feels so safe and comfortable in his mother’s arms. I could not see His face, as I was just a child being held His arms. After a few minutes I was lying on the floor feeling so comfortable. The comfort re-energized me making me strong. Then the vision was over. Since that day I’ve sensed Jesus with me, always taking care of me. He encourages me when I feel discouraged. He sustains me at the time of sorrow. He lifts me up when I am down. He lights up my life when things are the darkest.

My brothers in Christ decided that I should leave Afghanistan for a while. I agreed and ran to other countries so I could disappear from sight. I went to Turkey, Syria, Cyprus, Bulgaria, Yugoslavia, Austria, Lesotho, Botswana and China among other countries.

God is so good to me. I learned He can use his servants everywhere and anywhere. He used me in Syria. Upon entry into Syria, at the border, police put me in a deep, dark, lightless basement prison. I asked, ‘what is the charge?’ They did not answer. After a week in the lightless basement prison they took me to the central prison in Damascus. There I learned that my charge was possession of a full bag of Christian Bible scripture. I was told, ‘You cannot preach Christianity in our country.’ I was sentenced to prison. When I entered prison I met a fellow Christian prisoner, an Australian citizen named David. We were immediately separated. He was sent to a different part of the prison where we had very little contact.

I was praying to the Father asking, ‘Why did you bring me here?  Please, let me know what I did wrong.’ I was feeling very alone in prison. Most of time was spent in prayer and singing praises to the Lord.

After nine weeks the police brought a young British man named Allen into the prison. He was dressed in Syrian clothes. Allen was moved immediately to the Muslim prisoners and workers. He joined them in praising their God. I asked another prisoner the reason Allen was together with the Muslims and he said, ‘the British man changed his Christian religion and now he is a Muslim. They were all happy now that he will go to heaven. They were all celebrating the conversion of a Christian to Islam.’

It was a very sad situation. It was against my faith. Allen continued going to the prison mosque participating in their prayers.

I was angry, ‘Father, how can Allen convert to Islam?’  Then I cried, ‘O, Jesus, I am sure Allen is not aware of the dangers of Islam. Why does he deny you before so many people?’

Eleven o’clock that night, I went to Allen’s bed. I feared that he might tell the Muslims about me but I had to know.” Part 5 tomorrow.

Prayer: Father thank that in Your perfect plan Jesus has answers that melt away all doubt. In the name of the Lord Jesus Christ. Amen!