Can A Dying Civilization Defeat ISIS and Radical Islam?

Previous Next
Can A Dying Civilization Defeat ISIS and Radical Islam? 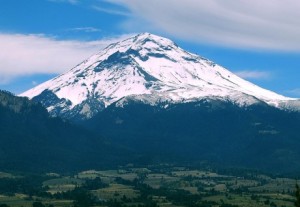 By any measure, we are losing the war against ISIS and radical Islam.

A bigger problem is we do not yet realize we are losing or why. Their legions are growing, their ambitions are apocalyptic, and our resolve is as strong as silly putty.

Without question, our military is superior to any other on earth and we could inflict devastating damage to ISIS if we unleashed our military forces against them. But we are not going to do that—not today, not next month and not after the next atrocity strikes Cleveland, Phoenix or Richmond.

If we are honest we must face a very dark and sobering fact: The outcome of this war is far from certain. We are proud of being a nation of can-do optimists, but we are also a nation in denial about a culture in a tailspin.

Our secular culture is adrift in a sea of relativism, escapism, and self-indulgent inanities, with our media and entertainment elites leading the parade.

In this besotted condition, we are ill equipped to fight an enemy full of passion, idealism and self-confidence. Islamist suicide bombers believe they are dying for a higher purpose, the greater glory of Allah. What, exactly, are our ideals? The freedom to enjoy pornography and polygamy and 24-hour pizza delivery?

Then in our generation, along comes “multiculturalism” to teach that there are no superior cultures, only different ones. Witchcraft is as much a legitimate personal religion as Christianity or Buddhism if that is what turns you on, and polygamy is just another “lifestyle” with its own cable TV channel.

The great Russian novelist Alexandr Solzhenitsyn saw this deepening hollowness in the West as a global development spanning five centuries, with Soviet Communism only a symptom of lost souls. In his Templeton Lecture in 1983, long before the rise of radical Islam, he warned:

It has become embarrassing to state that evil makes its home in the individual human heart before it enters a political system. Yet it is not considered shameful to make dally concessions to an integral evil. Judging by the continuing landslide of concessions made before the eyes of our very own generation, the West is ineluctably slipping toward the abyss.

The Chinese philosopher Sun Tsu said it best in The Art of War:

ISIS hates the West as an abominable nest of infidels, infidels who reject the Quran and Shariah Law, and so must be annihilated.  We are the obstacle to the new Caliphate. OKAY— got it: We stand against the Caliphate. But what do we stand for? What is our alternative ideal to the Islamist ideal?

Radical Islam’s principles are out there for all to see if they open their eyes. But what are our principles? In truth, they are up for grabs.