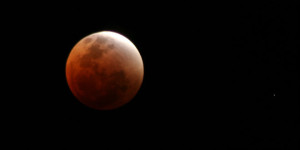 WHAT IS ROOT SOURCE?
Today, more and more Christians and Jews are hearing the divine call to wake up and engage with one another.
Root Source is answering that call: knowledgeable, Orthodox Israeli Jews teaching Christians around the world online about Jewish concepts, ideas
and thought, to more deeply understand the roots of their faith, in an informal and loving manner.

Root Source enables and encourages dialogue and relationships between Christians and Jews, and empowers Christians to learn like Jews have been learning for centuries. Our Israeli Jewish teachers know you are a Christian, and respect your identity and your faith.

Root Source gives you access to
world-class Jewish biblical teaching online, helping you learn deeper and reach higher in your Christian faith, with the opportunity to ask any question
openly.
Our members are often surprised at how quickly they can learn deeper biblical truths from Orthodox Jewish teachings and directly and practically
apply those teachings to their own Christian faith. Current and planned courses cover topics such as Jewish Prayer, Torah and Hebrew Scripture, Jewish Life, Hebrew Language, History of Israel, and Jewish interpretation of
current events.

ABOUT OUR AUTHORS
Gidon Ariel
Founder and CEO
A visionary and pioneer in Jewish-Christian relations,
Gidon made Aliyah to Israel when he was 14 and spent
close to a decade in advanced Jewish studies institutes
(Yeshivas) and the IDF. Gidon serves in the IDF reserves
as a Captain in the Military Spokesperson’s Office
after spending over 20 years in the Armored (Tank)
Corps. Raised an Orthodox Jew, he has kept Jewish
traditions his entire life, and is a seasoned Hebrew and
Judaism Instructor. Gidon is the owner of several Webbased marketing businesses, and has been working
with Christian organizations in Israel, the USA and
internationally since 2005.

Bob O’Dell
Co-Founder and Investor
Bob is a hi-tech entrepreneur and philanthropist, a pro-
Israel Christian with experience in different streams of
the Christian faith. He has worked with Jews in Israel
continuously since 1988, and in 2000 co-founded
Wintegra (a successful high-tech Israeli startup) with
an Israeli. Wintegra was sold in 2010 to PMC-Sierra.
Since 2013, Bob has focused on working with Orthodox
Jews interested in entrepreneurial and philanthropic
endeavours. Root Source has become Bob’s top focus
since it was founded on Nissan 1, 5774 (April 1, 2014). He
serves Root Source as an unpaid volunteer.

THE BIBLICAL SIGNIFICANCE OF BLOOD MOONS
“And God said: ‘Let there be lights in the firmament of the
heaven to divide the day from the night; and let them be
for signs, and for seasons, and for days and years.”
(Genesis 1:14)
“The sun shall be turned to darkness, and the moon to
blood, before the great and awesome day of the Lord comes.”
(Joel 2:31)
“And the Lord spoke unto Moses, saying, Speak unto
the Children of Israel, and say unto them, these are my
appointed festivals, which you shall proclaim to be
sacred assemblies, they are my appointed feasts.”
(Leviticus 23:1,2)

WHAT IS A TETRAD?

What is even more uncommon than a total lunar eclipse, or a blood moon,is a series of them. When four total lunar eclipses take place without any partial lunar eclipses in between, it is called a ‘Tetrad’. Tetrads are rare, having
only occurred 54 times in the last 2015 years, however we are now in the middle of what NASA is referring to as the “2014-2015 tetrad”.

“The most unique thing about the 2014-2015 tetrad is that all of them are visible for all or parts of the USA,” says longtime NASA eclipse expert Fred Espenak.

THE 2014-2015 TETRAD
The Jewish calendar is a lunar calendar, so every Jewish month begins with a new moon. As a result, Jewish holidays move around the secular calendar.
For example, according to the Bible, Passover takes place on the “14th day of the first month” known as Nissan. However, in some years Passover
occurs in March and other years it occurs in April. Amazingly, all four Blood Moons of the 2014-2015 tetrad overlap with Biblical festivals.
1st Lunar Eclipse
April 15th, 2014
(Passover 5774)
2nd Lunar Eclipse
October 8th, 2014
(Sukkot/Tabernacles 5774)
3rd Lunar Eclipse
April 4th, 2015
(Passover 5775)
4th Lunar Eclipse
September 28th, 2015
(Sukkot/Tabernacles 5775)

TETRADS OVERLAPPING WITH JEWISH FESTIVALS IN HISTORY
A total lunar eclipse is rare, a series of uninterrupted lunar eclipses is even more rare, and for the tetrad to overlap with Biblical festivals is exceedingly
rare. However, this exceedingly rare occurrence has occurred in history. Each time has been during a period of great significance in Jewish history. In the past 500 years, only three tetrads have overlapped with Jewish Festivals:
1493-1494: 1492 was the final year of the Spanish Inquisition, the devastating expulsion of Jews from Spain, and the year America was discovered by Christopher Columbus, who according to many, was Jewish
and looking for a new home for his persecuted brethren.
1949-1950: 1948 was the year the State of Israel was founded, the first Jewish commonwealth in 2,000 years and the miraculous return to their Biblical inheritance. That same year the Dead Sea Scrolls were discovered,
the earliest Biblical manuscripts to be unearthed.
1967-1968: 1967 was the year of the 6 Day War when Israel defended herself against the attack of 5 Arab nations, liberating Jerusalem and the Biblical lands of Judea and Samaria. Against ominous military challenges,
the Jewish State greatly enlarged her small borders.
Blood Moons eBook 9

WHAT DOES THAT MEAN FOR US IN 2014-2015?
According to many Bible believers, the 500 year pattern of tetrads overlapping with Jewish Festivals means that there is great significance to the 2014-2015 period we now live in. The last three examples demonstrate a pattern of Jewish persecution followed by miraculous intervention where God rescues Israel from danger and leads the Jewish people to safety and vibrancy.
The Jewish people today are confronted with genocidal threats from a nuclear Iran, brutal terrorism from Islamic Jihadists, and isolation from the liberal, western world. The pattern of persecution and danger is there, but
will the pattern continue and will we be blessed to see God’s miraculous intervention and restoration of Israel once again?

SOLAR ECLIPSE PRECEDING THE PASSOVER BLOOD MOON
Root Source co-founder Bob O’Dell, who has studied lunar and solar astronomical events for more than 35 years, discovered that two weeks before the Passover Blood Moon, an exceedingly rare solar eclipse will be taking place. There will be a total eclipse of the sun for two minutes over the North Pole on Friday, March 20, the day of the Spring Equinox which coincides with the beginning of the Hebrew month of Nissan, the first month in the Biblical calendar year, a solar occurrence that has never
happened before in human history.
“The concurrence and rarity of this natural event, together with the times in which we live, indicates the finger of God,” said Gidon Ariel, an Israeli Orthodox Jew and co-founder of Root Source. A total solar eclipse at
the North Pole on the first day of spring occurs once every 100,000 years.
For it to occur on the first day of the first month of the Biblical calendar year is, however, entirely unprecedented since this is only the year 5775 according to Jewish tradition, meaning that there has never been such a
solar occurrence in human history.

TWO MINUTE CALL TO WORLDWIDE PRAYER
The skies over the North Pole will darken for two minutes on Friday, March 20th at 10:18 AM Greenwich Mean Time (worldwide local times are available
here). Root Source is calling all Jews and Christians around the world to stop what they are doing for two minutes and pray over Isaiah 11:9:
“None will harm or destroy another on My entire holy mountain, for the land will be as full of the knowledge of the LORD as the sea is filled with water.”
“I invite Jews and Christians worldwide to join me at that exact moment, and to speak Isaiah 11:9 out loud as a prayer in your native language. May God
hear and quickly answer the combined prayers of all of us around the world.”
– Gidon Ariel

“As we clearly stand on the brink of momentous times, God directed Gidon and I to Isaiah 11:9 for it describes God’s glory covering the earth and the sea
which perfectly describes this solar eclipse appearing over land and water.”
– Bob O’Del