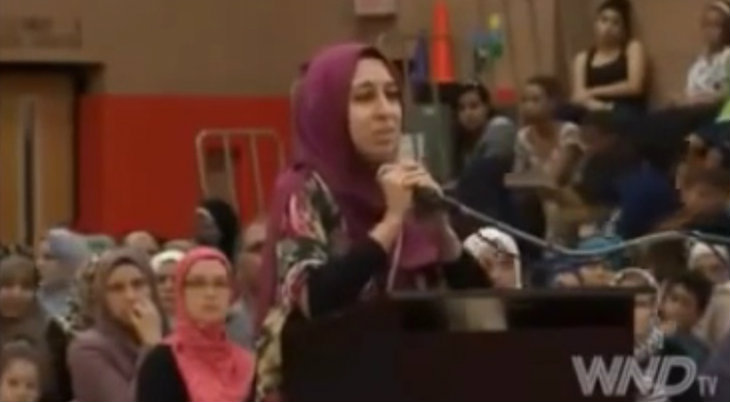 Muslim immigrants represent the fastest growing population of immigrants in the United States. Between 2010 and 2013, Obama’s administration brought in nearly 300,000 Muslims. A number that is far more than the number of immigrants who came legally from Mexico and Central America during that same period.

And Obama is planning to bring hundreds of thousands more to this country in the near future.

Obama has already made it clear that Muslims have preferred status here in the U.S., as evidenced by the recent ‘Clock boy’ incident and his refusal to name Islamic terror attacks what they are.

Even the Department of Education is catering more and more toward Islam while continuing to marginalize Christianity.

So when they don’t automatically get their way, we get a glimpse of who they truly are.

According to The Blaze:

The Jersey City Board of Education voted last week not to close schools for the Muslim holiday of Eid al-Adha, one of the most important holidays for Muslims.

School board members in New Jersey made their decision Thursday despite appeals from Muslim attendees who showed up to advocate that the board change the school schedule.

At one point, things became so heated that an official urged security to “take charge” of the situation. At least one person was seen on video being escorted from the meeting.

“We’re going to be the majority soon,” another said.

But board member Gerald Lyons suggested there is a perfectly valid reason for having school on Thursday, telling residents that closing school with just six days’ notice would cause “undue hardship” for 5,000 to 10,000 parents who might not have anywhere else to send their kids.

Lyons also reminded that students can still take the day off as an excused religious absence, meaning they would not face a penalty for doing so. Others noted that the school does not let out for the Jewish holidays Rosh Hashanah and Yom Kippur.

Clearly, this group has every intention of becoming the majority and when they do, don’t think for a minute that they are going to be content to leave America as they found it.