NOW while most still believe they can close their eyes and muffle their ears, pretending what is isn’t, said tactic will only serve to catch folks off guard. Agreed, the U.S. is a vast land mass. However, it has been determined (through several high level counter terrorism contacts) that every state is in danger, bar none. Mind you, even Alaska, the “last frontier”, isn’t immune. Nowhere to run…nowhere to hide.

IN this regard, the calls to jihad are mainly disseminated through social media, be it Facebook, Twitter or various web-based forums, although mosques are their physical barracks within. The point being, Islamists plotting across the world are hardly spitting in the wind, so to speak. In fact, they are “speaking” directly to those sitting in Middle America (Mid-West) or any state in between. Awaiting orders.

BUT let’s take a break and play the game of geography, one which requires a roll of the dice. Hmm. Alas, surprisingly, we find ourselves landing on Indiana’s turf, though many other states would come out with similar jihadi-laden social media hits. It just depends.

TO wit – merely to serve as a random sampling – a handful of Twitter accounts come to the fore, those which are not only very important in the Islamist arena but are considered to be “accounts of interest” by certain contacts. For whatever reason, the heads up (best not to ask too many questions) was given to disseminate the following handles from jihadis residing in Indiana, albeit, only after much consultation:

1 – abdullah al-american @abualyousef .Wants to live under the shade of the caliphate. Islamic state in America 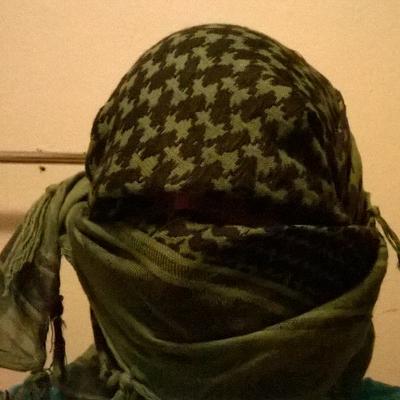 2 – Abu Abdullah @AbuAbdullah618 . I am with the Mujahideen. a true Muslim and I believe in Establishing the Islamic Khelafa…one world order some where in Darullkufar. 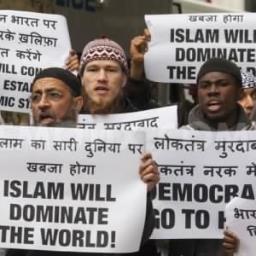 incarcerated in the dunya 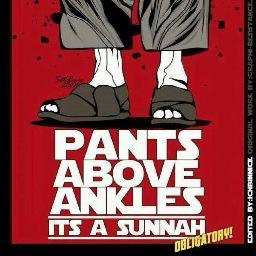 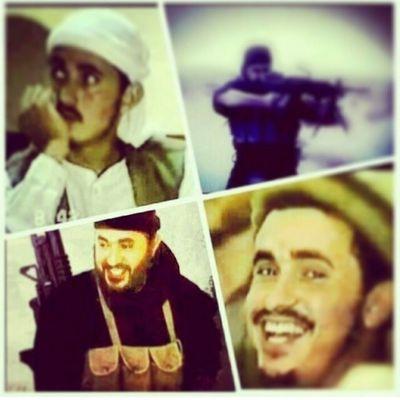 AND on and on…state after state. The point being, said jihadis are part of a network awaiting orders AND they are possibly your neighbors in Mid-America! Apparently, they are not living in caves in some far off country.

USAMAH is more than germane because his dedicated followers span America’s landscape. The following is a very small representation: 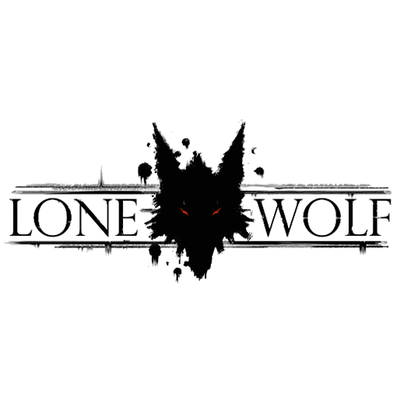 7 – Indiana: abdullah al-american @abualyousef Wants to live under the shade of the caliphate.Islamic state in America 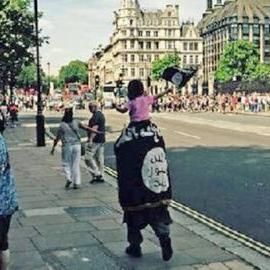 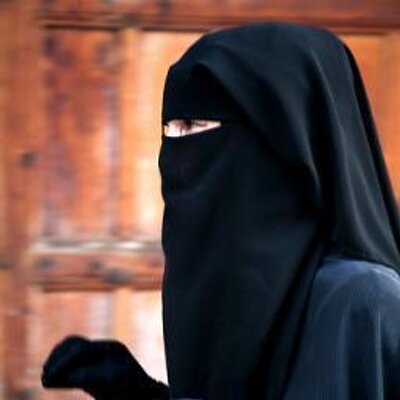 MOVING right along to AQAP (Al-Qaeda in the Arabian Peninsula), it is the actual “branch” from which ISIS sprouted from. Regardless, both are rooted in the Muslim Brotherhood Mafia. Yes, they are.

INTRINSICALLY, in the same manner in which social media plays a vital role for the mujahideen across the world, let’s concentrate on those sitting right INSIDE America. Indeed, they are “inspired” and this is hardly a descriptor pulled out of thin air.

YES, AQAP’s premiere recruiting tool is a slick and gory-filled magazine which is called INSPIRE. It is not for nothing. As reported,

Samir Khan, a 24-year-old American known for distributing terrorist propaganda material online, was killed by a U.S. drone strike on September 30, 2011, two years after he moved to Yemen to align himself with Al Qaeda.

Federal authorities have claimed that Khan was the principal author of Inspire, Al Qaeda’s first-ever English-language magazine that provides detailed bomb-making instructions and calls on followers to “destroy” America. The graphics, design and overall packaging of Inspire resemble those on Khan’s various blogs and in Jihad Recollections, the self-described “first English Jihad magazine” in which Khan was a contributor.

The inaugural issue of Inspire was released online in July 2010 by Al Qaeda in the Arabian Peninsula (AQAP), Al Qaeda’s affiliate in Saudi Arabia and Yemen, where Khan has lived since October 2009. In the second issue, which was released in October 2010, Khan writes that he is “proud to be a traitor to America” and criticizes the U.S. government and its military incursions overseas. The U.S. and its allies, according to Khan, must be defeated in order to “implant Islam all over the world.”  “I am acutely aware that body parts have to be torn apart, skulls have to be crushed and blood has to be spilled,” Khan writes.

In the seventh issue of Inspire, published just days before his death, Khan underscored the importance of media for the global jihadist movement, noting that “ideas are bulletproof and have an outstanding lifespan,” and that therefore “the credible ideas that we bring is what intimidates them [the West] the most.”

SO what are the chances that a recent “call to jihad” across America from a TOP AQAP terror leader isn’t being heard? Do pigs fly?

In a new video, Al-Qaeda in the Arabian Peninsula (AQAP) leader Khalid Batarfi called for more lone wolf attacks on America and glorified the attacks in Tennessee and Texas as part of the overall jihadist offensive against the United States.

He praised the July attack in Chattanooga, Tenn., in which a gunman killed five American servicemen at a military installation. He called for blessings upon Mohammad Abdulazeez, who “penetrated the base killing and injuring American marines in a blessed Jihadi operation.”

The gunman who sought to attack a cartoon contest in Garland, Texas, in May was also praised as part of the exhortations supporting more such attacks:

And our words cannot give justice to their sacrifice and heroism, of which the later (operations), was the killing of many among those who insult Islam and the honorable Prophet. In … the targeting of an offensive drawings exhibition in Texas, supported and protected by the American government. By the Grace of Allah, lone jihad (has) proven to be and always will prove to be a strategic weapon successfully hitting and penetrating the enemy’s fort.

In the video, Batarfi condemned “America, France, and other kufr [disbeliever] nations” that “assist and make legislations to protect those who abuse Islam and the Prophets.” To that point he stressed, “And as you put limits to freedom of expression and punish whomever goes against them, it is upon us to punish whoever transgresses out boundaries and sanctities.”

“In terms of proximate threat, I would view … AQAP — even though they’re kind of consumed right now with what’s going on in Yemen with the Houthis — as probably our most concerning al Qaeda element in terms of threat to the homeland,” James Clapper, the Director of National Intelligence, recently told a conference in Aspen, Colo.

YET, not to be a nit-picker, while Clapper’s assessment rightfully identifies the overall threat level from AQAP, he is also misdirecting his audience. In other words, he is taking the heat off of ISIS, and for too many reasons to cite here.

BE that as it may, it must be fully internalized: akin to many hierarchies vying for control, turf battles and varying points of contention are bound to erupt among leading contenders. Likewise, the struggle for hegemony is steroid-like, in relation to Islamic jihadists. 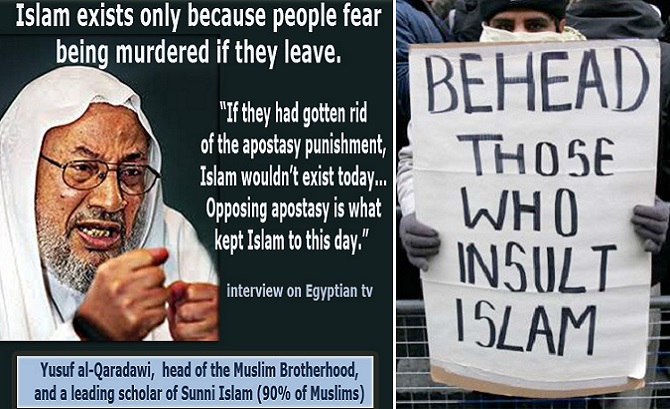 (al-Qaradawi, one of the leading religious authorities in Sunni Islam, explains that Shariah Law requires the execution of those who leave Islam and refuse to return….ponder what this means for non-Muslims!)

NEVERTHELESS, when talking heads (who have no idea what they are babbling about) attempt to parse one Islamic faction from another, effectively, they are endangering Americans (westerners at large) by allowing them to fall into death-traps. How so?

WELL, as much as AQAP and ISIS have differing views re whether or not it is permissible to conjoin with nationalist militias, know this: once they are done duking it out, rest assured, those left standing will lock arms and kill every non-Muslim in their wake. Without hesitation.

ACCORDING to ISIS’s DABIQ: 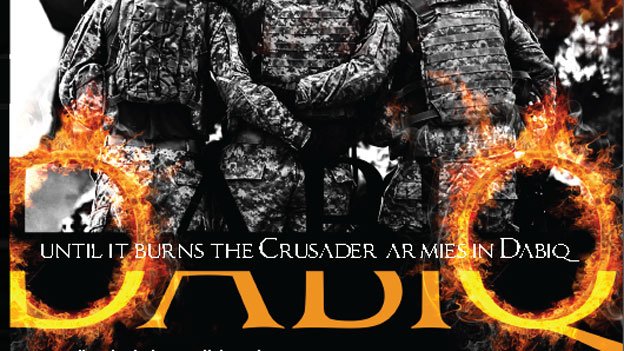 The call to defend the Islamic State – the only state ruling by Allah’s Sharī’ah today – continues to be answered by sincere Muslims and mujāhihīn around the world prepared to sacrifice their lives and everything dear to them to raise high the word of Allah and trample democracy and nationalism.

It should be noted here that all nationalist agendas in the Muslim’s usurped lands are ultimately doomed to fail, even those that seek to unite the members of one nation, or even one ethnicity as in the case of the Kurdish murtaddīn. This includes the agenda of the “Islamist” nationalists, who would readily sacrifice their religion for the sake of temporary political gain, in contrast with the mujāhidīn of the Khilāfah who would readily cut off the heads of the murtaddīn from their own people in defense of Allah’s Sharī’ah….

MOST significantly, Allah’s foot soldiers waiting to pounce in Indiana – and every state in between – are less invested in the aforementioned squabbling. Inherently, whether AQAP, ISIS or any hydra thereof is their jihadi address of choice, regardless, the explosions in America will be felt.

AFTER all, when a shopping mall, school or another packed venue of choice is targeted, WHAT DIFFERENCE DOES IT MAKE to those caught in the cross hairs? Not only that, but stealth jihad, indoctrination, is equally insidious and deadly.

When I was in Iraq I had the opportunity to interview several captured Al Qaeda members. I asked them what type of future attacks America would endure. The answer over and over was that the hearts of Americans would be attacked. They explained that this meant the American children would be attacked because they are the hearts of the American people. These terrorists said the attacks would not necessarily be physical attacks, but rather a slow indoctrination in U.S. public schools and universities. The indoctrinating would include the Islamic ideology is peaceful and even as non-Muslims they support Islam and the Muslim people.

I have had several Islamic leaders tell me that Muslims who practice ‘Pure Islam’ have what is called ‘Black Hearts’. These Muslims had no conscience, feelings, emotions, love or caring about anything or anyone aside from Allah. Essentially they have no souls. They have an empty heart. These people have no feelings for even their own children; needless to say they have no feelings for children who are not theirs. It is just as easy for them to behead a neighbor child as it would be to behead even their own children. Children are simply a tool for them to use to achieve their ultimate goal of an Islamic Ummah (nation) under Shariah law.

Based on my experiences and studies, the Islamic ideology itself is a dangerous and violent weapon. The true enemies of the non-Muslim world are the ideology of Islam. We can fight and defeat Hamas, Al Qaeda, ISIS, and the dozens of other Islamic acronyms, but we will lose in the end if at some point we do target the ideology they teach within most mosques. When someone discusses the Hitler ideology of hate and violence, almost automatically people get a sour feeling in their stomachs. Most people realize the ideology of Hitler was a danger to the whole world. Sadly in order to defeat Islamic based terrorists we must have the same sour feeling in our stomach when Islam itself is discussed. Islam is not loving and peaceful and Mohammed never intended for it to be….continue reading….learning…. 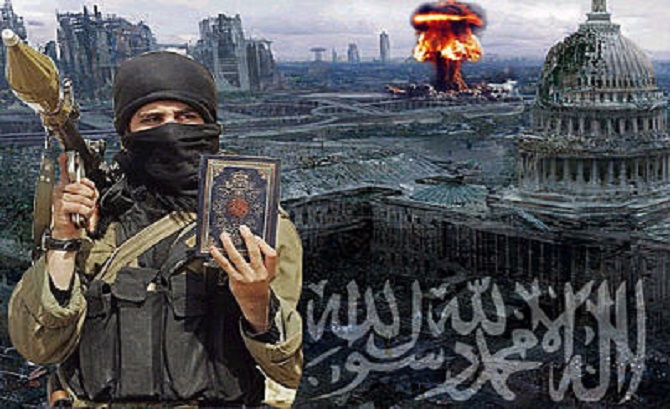 (Threats to destroy America and replace Democracy with Islamic Law proliferate on the Internet and Social Media.)

(now reblogged at this site:https://www.theendofamerica.net