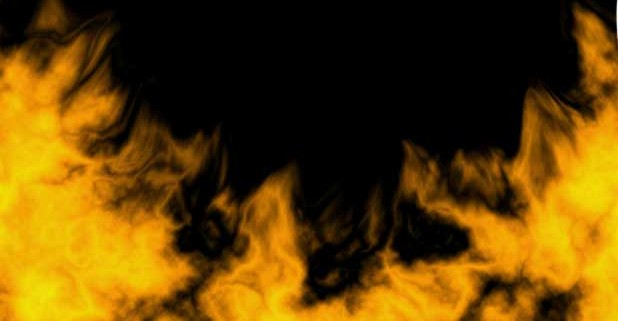 Some false teachers today would like us to think that everybody will eventually get to heaven. Don’t believe them.

William Booth, founder of the Salvation Army and a man who dedicated his life to lifting the poor out of sin and poverty, reportedly made this statement: “Most Christian organizations would like to send their workers to Bible college for five years. I would like to send our workers to hell for five minutes. That would prepare them for a lifetime of compassionate ministry.”

Booth never suggested that the desperate people he served were “already in hell.” He believed in a real, eternal hell, and it drove him to rescue people from both their current plight and future perdition.

Shortly before his death in 1912, Booth warned prophetically that he saw coming to the church “forgiveness without repentance, salvation without regeneration … a heaven without a hell.”

In today’s theological fog, his ominous caveat is unfolding. Even some who claim to believe the Bible are having second thoughts about eternal judgment, and others have rejected the notion of judgment altogether. The name usually given this teaching is Universalism.

Universalism basically is the belief that all people will be saved. Jesus’ death and resurrection will automatically, or at least eventually, save the whole human race. Personal repentance and faith in Christ are not necessary for going to heaven. The Christian mission is reduced to announcing to people the “good news” that they are already saved.

But does Scripture teach that everyone will be saved? There is overwhelming biblical evidence to the contrary.

I’d like to offer 24 reasons to reject Universalism. You may be able to add a few of your own.

1. Jesus made both repentance and faith prerequisites for forgiveness. “Unless you repent you will all likewise perish” (Luke 13:3, NKJV). “The time is fulfilled, and the kingdom of God is at hand. Repent, and believe in the gospel” (Mark 1:15).

3. Scripture teaches that there will be a judgment after death. “And as it is appointed for men to die once, but after this the judgment” (Heb. 9:27).

4. Those who have not had a true conversion will experience a judgment for sin that the Bible describes as “the second death.” “But the cowardly, unbelieving, abominable, murderers, sexually immoral, sorcerers, idolaters, and all liars shall have their part in the lake which burns with fire and brimstone, which is the second death” (Rev. 21:8).

5. Contrary to Universalist beliefs, Jesus’ teaching indicates that most of humanity is on a broad path that leads to destruction. “‘Strive to enter through the narrow gate, for many, I say to you, will seek to enter and will not be able. When once the Master of the house has risen up and shut the door, and you begin to stand outside and knock at the door, saying, “Lord, Lord, open for us,” and He will answer and say to you, “I do not know you, where you are from. … Depart from Me, all you workers of iniquity”‘” (Luke 13:24-27).

6. Jesus spoke often of a terrible place of judgment for those outside His kingdom rule. “‘The Son of Man will send out His angels, and they will gather out of His kingdom all things that offend, and those who practice lawlessness, and will cast them into the furnace of fire. There will be wailing and gnashing of teeth'” (Matt. 13:41-42).

7. The Bible teaches both the love of God and His sure judgment of sin. Trusting in Christ’s payment for our sins saves us from this coming judgment. “But God demonstrates His own love toward us, in that while we were still sinners, Christ died for us. Much more then, having now been justified by His blood, we shall be saved from wrath through Him” (Rom. 5:8-9).

8. In one of the most loving verses in the Bible, Jesus issues eternal options. “‘For God so loved the world that He gave His only begotten Son, that whoever believes in Him should not perish but have everlasting life'” (John 3:16).

10. Jesus emphatically taught that a spiritual birth is essential to entering the kingdom of heaven. “‘Most assuredly, I say to you, unless one is born again, he cannot see the kingdom of God'” (John 3:3).

11. In answer to a very clear question about what is necessary for salvation, Paul gave a very clear answer: “Believe on the Lord Jesus Christ, and you will be saved” (Acts. 16:31).

12. Jesus gave no indication that many roads lead to God. He forcefully stated that He was the only way. “‘I am the way, the truth, and the life. No one comes to the Father except through Me'” (John 14:6).

16. Rather than teaching that those without faith in Christ are already saved, the Bible teaches that they are already under judgment. Faith in Christ brings us out of condemnation and into right relationship with God. “‘He who believes in Him is not condemned; but he who does not believe is condemned already, because he has not believed in the name of the only begotten Son of God'” (John 3:18).

17. Only those whose names are in the Lamb’s Book of Life are granted access into the eternal city of God. “And anyone not found written in the Book of Life was cast into the lake of fire” (Rev. 20:15; see also 21:27).

18. People are not automatically righteous. Only when we declare faith in Jesus Christ does God declare us righteous in His sight. “But to him who does not work but believes on Him who justifies the ungodly, his faith is accounted for righteousness” (Rom. 4:5).

19. Eternal life comes only through a relationship with God. We cannot know the Father unless we know the Son. “‘And this is eternal life, that they may know You, the only true God, and Jesus Christ whom You have sent'” (John 17:3).

20. The cross of Christ is where payment for our sins was made. Only when we believe this are we saved. “‘And as Moses lifted up the serpent in the wilderness, even so must the Son of Man be lifted up [on a cross], that whoever believes in Him should not perish but have eternal life'” (John 3:14-15).

In addition to these verses, the story of Cornelius in Acts 10 and 11 provides hard evidence against Universalism. Cornelius was devout, prayed often, gave generously to the poor and even received an angelic visitation. Yet God went to great lengths to get the gospel to him so he could come to know Jesus and be saved.

22. Added to the avalanche of scriptural evidence, there are also practical reasons for rejecting Universalism. History teaches that acceding to Universalism sets the church on a slippery slide toward theological liberalism. Soon all confidence in Scripture is lost and the uniqueness of the Christian gospel evaporates.

23. If we embrace Universalism, there is no urgency to evangelize or imperative to do missions. In fact, evangelism and missions would have to be redefined. We need look no further than most of the mainline denominations to see what happens to evangelism when Universalism is prevalent.

24. If Universalism is finally proved right, nothing will have been lost by our continued urgency in winning people to faith in Christ. But if it is false and we embrace it, then everything will be forever lost–including people who do not know Christ.

It needs to be said clearly that God’s character is not on trial. The judge of all the earth will do what is right (see Gen. 18:25). Our faith is on trial. Our hearts are on trial. But God is not on trial. Whatever judgment He makes regarding those who have not responded to the gospel will be executed according to His standards of equally perfect righteousness and love.

When we ponder God’s mercy, this whole issue is inverted. Because God is perfectly holy, the wonder is not that some will be lost. The greater wonder is that anyone from rebellious humanity will be saved! Only Christ’s work on the cross could reconcile us to God.

God has put down the most massive roadblock possible to stop humanity’s mad rush toward hell. He sent His Son. God intervened personally through Christ. His sacrifice on the cross paid the penalty for our sins. This is the good news for all who will believe and receive Him.

Espousing Universalism is sad. But rejecting it with no impact on our hearts or change in our priorities is sinister. If we believe that people are lost outside of Christ (and they are), and that faith in Christ is the only way of salvation (and it is), what could possibly be a higher priority than getting the gospel as far as we can as fast as we can?

To pronounce people “saved” who are obviously enslaved by darkness, deception and the devil is surely the cruelest of jokes. We are sent to a lost world with a gospel of power. Our message gives the spiritually blind their sight and liberates those who are chained by Satan. We do not preach that people are forgiven but that they can be forgiven.

I would not want to stand before Jesus Christ as a Universalist. But neither would I want to stand before the Lord as an evangelical who was not evangelistic. What a serious accounting must await us if we believe in eternal torment for those without faith in Christ–and yet do nothing! A recovery of biblical truth and compassionate evangelism are the twin screaming needs of the American church.

The apostle Paul said he would be willing to give up his place in Christ if by such a sacrifice others would be saved (see Rom. 9:2-3). He believed all people outside Christ were lost, and it left him with a broken heart.

More than encroaching Universalism, it is our unbroken hearts that often impede evangelism. Many Christians today have never even heard of “a burden for the lost.” The harvest is huge and ready to be reaped by those who are willing to sow first in tears (see Ps. 126:5-6).

Right theology will only indict us if we do not recapture the evangelistic imperative. We must believe the truth, and we must act on what we believe. Let’s not just reject faulty theology; let’s embrace those who need Jesus.

David Shibley is president of Global Advance, a ministry that provides training and resources for thousands of pastors in developing nations.

Whatever Happened To the Ten Commandments?

CONVERGENCE of the End Times Signs (Movie)
Scroll to top