12 Ways to Pray against Anti-Semitism

Previous Next
12 Ways to Pray against Anti-Semitism 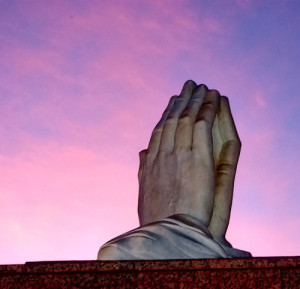 Random acts of terrorism. Threats of warfare from all sides. Betrayal by previous allies.
And at the receiving end is of it all is Israel and the Jewish People.
Anti-Semitism, which is at the root of so much of this, is a worldwide problem. At its heart, anti-Semitism is a spiritual issue and condition. What better way to combat it than spiritually, through prayer? But how do we pray against something so malignant and pervasive?
Here are some places to start, remembering that our prayers truly do make a difference.

PROTECTION FOR ISRAEL
Pray for protection and safety in the Land of Israel and for Jewish People around the world.

PREVENTION AND EXPOSURE OF ANTI-SEMITISM
Pray that any and all campaigns, plans, threats, or strategies against the Jewish People – whether from the hands of individuals, groups or nations – are prevented or exposed before they can cause harm.

TRUTH
Pray for a halt to the spread of lies and prejudices that fuel anti-Semitism. This requires that the blindness be lifted off those who believe and perpetuate these false ideologies. Some people are anti-Semitic because they were brought up to be; others adopt this way of thinking due to an association with various groups and teachings. Lies must be replaced by truth, and that requires a revelation, not only to the mind but also to the heart. Pray for this revelation.
Pray especially for these specific areas where anti-Israel/anti-Semitism is growing.

MEDIA
Pray for correction of media bias, where the supposed “crimes” of Israel are exaggerated, over-reported, and emphasized while the similar activities by other nations and groups receive little to no notice or censure.
Ask God to create an earnest search for truth in reporting, and that it would replace prejudice, lies, and sensationalism.

THE CHURCH
In the Church, replacement theology has been around for some time. The belief that Israel’s purpose is over or that Israel has lost favor with God and has been replaced by the Church is currently growing. This, of course, affects support for Israel and interest in seeing Jewish People saved. Pray that a deep desire to biblically know and understand God’s heart for Israel and the Jewish People will burn in the hearts of pastors, Bible scholars, and seminaries. May the Lord shift entire denominations towards truth and create a worldwide wave of passionate advocates and protectors who are in agreement with God’s purposes for His People, and are willing to stand against anti-Semitism in all forms.

MOVEMENTS
Some compassion and justice movements misguidedly see Israel as the bad guy in every encounter and see the Palestinians exclusively as the down-trodden victims. This viewpoint is prevalent even among a number of Christians who are, at times, lured by persuasive and emotional rhetoric away from what the Scriptures say. It is very sad to hear Believers minimize sound theology in order to adapt their Christian views to current worldly viewpoints, even when it comes from a love of justice and compassion.
Pray that a balanced view of God’s heart and correct theology will shift those who earnestly desire to do the right thing – shift them away from trendy philosophies and movements toward righteous thoughts and deeds that will truly make a positive difference.

EDUCATION AND YOUTH
The types of movements mentioned above – many of which blatantly promote Anti-Israel/Pro-Palestinian sentiment – are the norm on most college and university campuses. A whole nation and people group is being judged by a set of perceived wrongs. This, of course, breeds anti-Semitism.
Pray that young adults – and those they look to as they develop their worldview – will not be swept up into views that are “trending,” but instead seek and take a stand for truth.

GROUPS AND DOGMAS
Traditional anti-Semitic groups and dogmas still have an influence or are coming around again in new “packaging.” Pray that they lose members and momentum. One example would be Neo-Nazism.

Of course, an even more dangerous global threat is radical Islam, which is targeting Jewish People around the world out of pure hatred and religious furor. They have a very specific agenda, and we must be in prayer against it! Their saying is: “First the Saturday people; then the Sunday people” (Jerusalem World News). This refers to their plan to forcefully convert or eliminate first the Jewish People and then Christians. This threat is real, and we as the Body of Messiah must not be asleep, but rather, be vigilant in prayer as we are commanded in Scripture.
It can seem overwhelming at times when the growing tide of evil and deception in the world seems to be gathering momentum. Praise God that we are not without resource or an Advocate. God has promised to not only hear and answer our prayers, but He joins with us in standing in the gap because of His love for the Jewish People and the world.

To see how anti-Semitism in growing, see our blog post titled “Anti-Semitism Exploded in 2014.” Watch for “Nine Ways You Can Support Israel,” coming soon.